September 10, 2009
Uh, yes. I decided to just group together a bunch of the random, less-complete sketches I had lying around into one post (in the spirit of conservation of Internet energies- go green!).
We have: 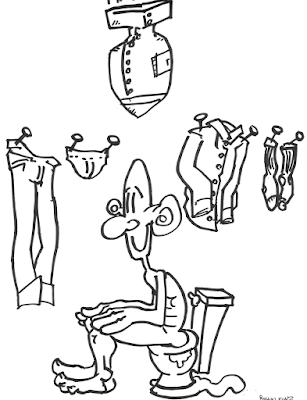 1. A man sitting on a toilet that is about to explode. Also: he took all of his clothes off for this. 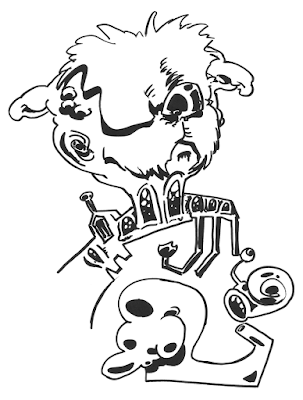 2. A... puppy/church mutant. A one-eyed snail screams in terror. 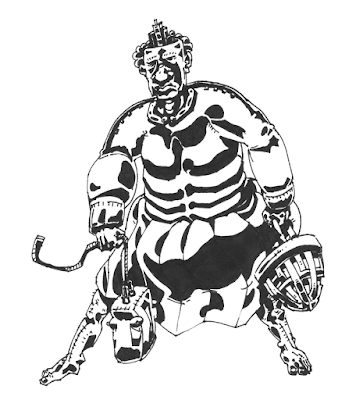 3. Mushroom Dancer, one of the characters from the new comic series I am working on (spoiler alert! ...Wait, that probably should have come beforehand). 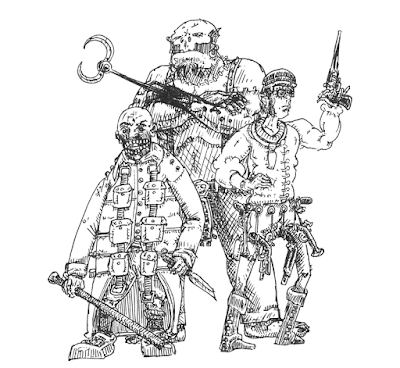 4. A gaggle of ne'er-do-wells known as the Ghostface Gang, from an incomplete D&D campaign I used to be writing.
Ahh. Feels good to get that out of my system.