>>AWAKEN. Your fingers begin to itch. Faintly at first,... 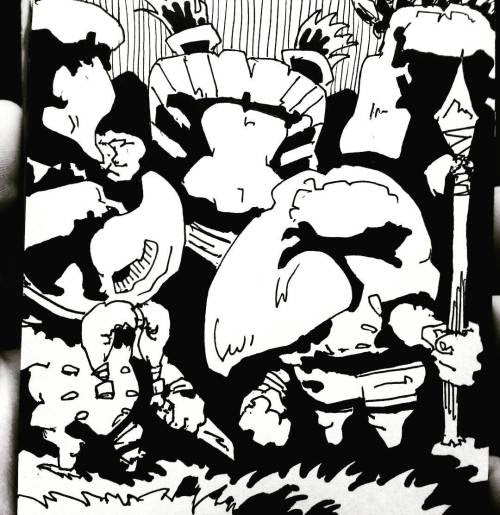 >>AWAKEN.
Your fingers begin to itch. Faintly at first, but soon, enough so that they rouse you from your slumber. Upon inspection, you notice they’ve begun to give off a soft, peculiar glow. You don’t remember fingers doing that before.
You wonder if you’ve been infected by something.

Next, you glance up. A group of about a half-dozen creatures huddles in the small alcove with you, blocking your exit. Their squat forms are accentuated by their extremely large and varied probosces. Each is almost entirely naked, but many sport faux hairdos and facial hair, scalped from hairier beings and fastened with leather straps or twine. Their proximity is unnerving.

One of the oddly-nude nose-people speaks at you in a foreign tongue.
“Nug urg narg ag. Ag lug nug log.” He seems upset.