>>RUN. LOOK FOR SHELTER: You push your way East, through... 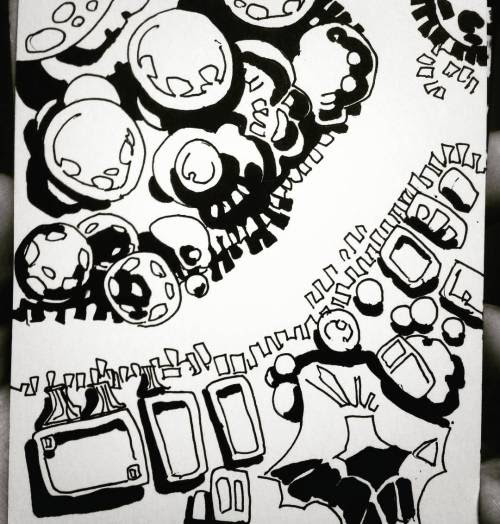 >>RUN. LOOK FOR SHELTER:
You push your way East, through the market crowd and into what appears to be a residential area. The streets are still packed with those going to and from the markets, as well as plenty of other foot traffic headed towards the Offices looming above you to the North.

You are able to slip into the crowd relatively easily, considering your exotic origin and several obvious wounds. You managed to hold onto the HIDE-KNIFE you grabbed with your PREHENSILE TAIL, and you keep it at the ready. This isn’t what you’d call a secluded spot, and your left arm continues to pulsate… though less frequently, and less forcefully, the further you get from the scene in the market.

Clusters of massive fungal structures, most likely residential collectives, bloom from the ground all around you. As far as your vision stretches to the East sprout more clumps of these fungi, but the lights built into them eventually become fewer and farther between, and an intimidating forest of growths recedes into the darkness of the impossibly-large cavern.

You see a runoff grate nearby; evidence of a sewer system. Shelter, perhaps? You might also run into the network of alleys that branch in every direction.