>>STAB CTHULHUDOG. FOCUS STENCH. With a mighty heave, you... 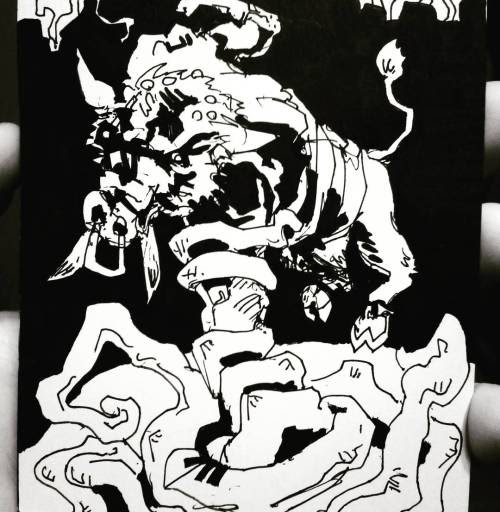 >>STAB CTHULHUDOG. FOCUS STENCH.
With a mighty heave, you cleave into the CTHULHUDOG’s maw, your LONG-SCYTHE digging deep into its bizarre anatomy. It makes no sound; merely latching on to you with several tentacles, even as you sever them one by one.

An unseen appendage snatches off your BACKPACK; the main mass pulls you in and envelops your SCYTHE. You are tired of being eaten by tentacle monsters.

You focus on the full, raw strength of your STENCH, emitting a nigh-lethal dosage of boar-funk. Those unlucky enough in the crowd to be nearby the blast collapse, choking and gagging.