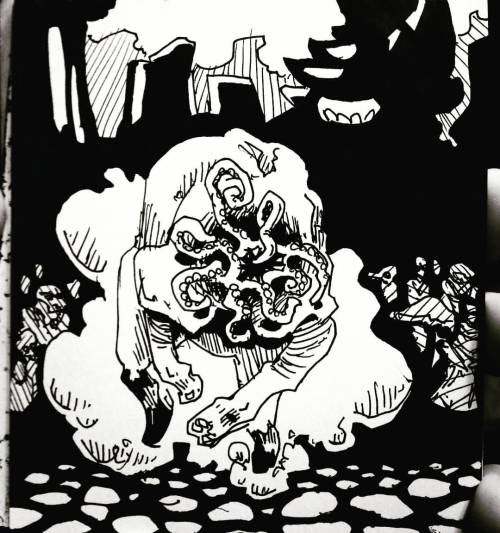 >>STAUNCH WOUNDS WITH PASTRIES.
Thinking quickly, you stopper up your various wounds with the dirty street-pastries lying all around you. The crowd has already backed away a respectable distance from the violence, but you begin to emit a hearty round of flatulence, just to be certain you have the space you need.

A rhythmic thumping in the distance draws your attention. Galloping full-bore directly at you is a terrifying tentacle-headed canine-beast. You recognize it as similar to the statue you found in front of the Offices. This is most certainly what the remaining INSECTOID SELL-SWORDS were trying to summon. The crowd parts before its stony force.

You take a bite of crusty bread. It may be your last.