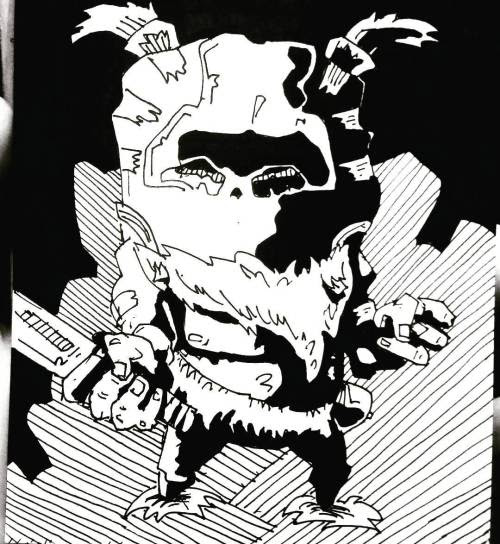 >>CONSIDER FINGERS. COMMUNICATE PHEREMONOTONOUSLY.
You decide to attempt something new. Channeling all of your focus into your stench, you manipulate your noxious funk with your mind, molding it with your intent. A stanky greeting emanates from your person.

The giant noses of your new assailants notice your communique almost immediately. They glance at one another confusedly for a second. Weapons are lowered (partially, at least).

Then, the group of nose-anderthals parts to reveal what is most likely their leader. Larger than the others, and more decorated, it runs its fingers through its false, strapped-on beard and steps forward.
“Narg arg lug. Arg org nog lug narg!” it says.

The tone of its voice seems stern and chiding, but not necessarily hostile. If only you could interpret their words, as well.

Something niggles at the back of your brain; your fingers continue to itch and give off a soft light. The ODD METAL THING you pulled from your forearm continues to throb softly.

Suggest commands and/or vote on others’ to gain Ontok XP! When Ontok levels up, a top commentator wins a Steam game of some sort!
Last level, @they_call_me_the_wizard won a copy of Awesomenauts!