>>MAKE OFFERING. STINK. You check yourself for edible... 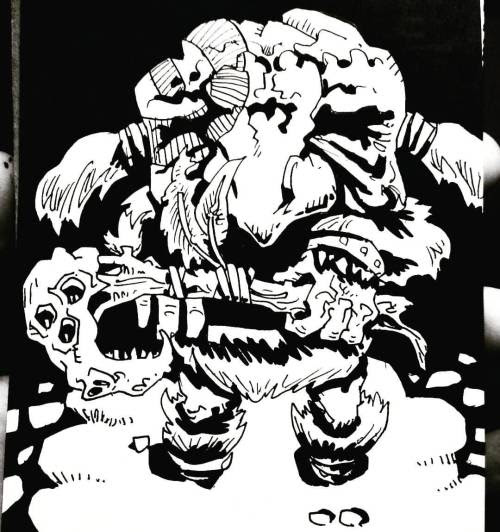 >>MAKE OFFERING. STINK.
You check yourself for edible items to offer the NUG SHAMAN-CHEF. Your BANDAGES, blood-soaked but made of moss and delicious pastries, are peeled away from your wounds and added to the pot. Luckily, your mighty constitution has ensured they are (mostly) crusted over already.

Next, you disentangle yourself from the CTHULHUDOG TENTACLE REMNANTS still attached to your arm, and drop them in as well.

Finally, you offer your SHROOM CROWN, made of dangerously psychedelic, bioluminescent mushrooms. It, too, joins the mysterious porridge.

The NUG SHAMAN-CHEF seems pleased with your contribution, nodding vigorously before waddling back to his CHEST, opening it, and rummaging inside for a few moments. He brings you an ODD FETISH, topped with the skull of a creature you’ve never encountered before and covered in small tufts of fur and a pair of exotic feathers.

Graciously, you accept the gift, stinking respectfully in a myriad of different odors. The NUGS around you are impressed with your range.

You hear a commotion coming from the Northern, fur-covered exit.